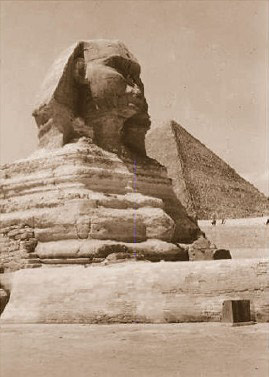 Unknown to most astrologers, the 12 signs of the zodiac describe the occurrence of a highly energetic celestial explosion and, by means of constellation pointer stars, indicate that this outburst originated at the core of our Galaxy. The signs convey this explosion concept through the use of metaphor.  Each sign, through its personality descriptions and set of associated attributes, portrays a specific universal principle taking place in nature.  Just as the letters of an alphabet form an intelligible word when sequenced in the proper order, so too, these universal principles, when properly sequenced, relate a science of how ordered form (in particular matter and energy) are spontaneously born into existence.  This is quite impressive since it is only in the latter half of the twentieth century that modern scientists have discovered this same science of structural self-organization!

But the sequence in which the constellations are ordered along the ecliptic (that shown in the box below), is not the order that properly presents this science.  The zodiac was designed as a cryptogram that challenges us to discover how to rearrange the order of the signs.

Question: If this message was so important to convey, why didn't the authors of the zodiac constellations arrange the zodiac signs so as to properly express their science of matter-energy creation?  Why did they require that the recipient would have to rearrange the signs from the order they were presented along the ecliptic?

Why the zodiac's message was constructed as a cryptographic puzzle: A message framed in terms of universal symbols may be conveyed from one culture to another even when there is an inherent barrier to linguistic communication.  By casting such a message in the form of a cryptogram, one that includes a "cryptographic check" mechanism that signals the recipient when he has correctly deciphered the message, the transmitting civilization thereby provides a way for the recipient to understand that he has correctly interpreted this symbolic message, since there is no possibility for direct communication between recipient and sender.  In this way the inherent vagueness of symbolic communication may be greatly reduced. Because the goal of this kind of cryptogram is clarity, rather than obscurity, it is sometimes called an anticryptogram.

Of course, those of you who are believers in horoscope astrology would maintain that there is another reason why the signs could not have been placed along the ecliptic differently than they are, regardless of what the zodiac might symbolically encode, the signs must have their given order along the ecliptic, otherwise astrology would not properly predict people's personalities.

The Zodiac's Cryptographic Check: The zodiac's cryptographic check mechanism is embedded in the ordering of the polarities (+ and -) and qualities (c: cardinal, f: fixed, m: mutable) associated with its twelve signs.  In their initial arrangement, as sequenced along the ecliptic, the zodiac signs produce a regular repetition of their polarity and quality attributes (+, -, +, -, . . . and c, f, m, c, f, m, . . .).  When correctly resequenced to display their encoded message, the polarities and qualities will again adopt an ordered pattern.  This newly emerged ordered pattern is what constitutes the check, the final click that indicates that the "safe" has been properly cracked.  Most attempts to rearrange the signs will not yield a comparable ordered regularity of these attributes.

The Keys to the Zodiac Cipher: Anticryptograms are usually accompanied by a "key" to aid their decoding. Cryptograms used in espionage necessarily restrict access to their cryptographic key to just the targeted recipient.  In timecapsule messages the key is openly supplied along with the cipher.  The zodiac message has two keys to help unlock its message. One key survives as the major arcana of the Tarot to be described below.  The other is the astrological sphinx, whose body parts are composed from four signs of the zodiac. Tradition holds that the sphinx poses a riddle to whomever might ponder its features.  When properly understood, the "Riddle of the Sphinx" is actually the challenge to decode the zodiac cipher.  The sphinx merely entices seekers of the truth to attempt to solve this age old stellar puzzle. For over twelve thousand years it has lain waiting to be solved. Now you too may try your luck.

For hints to help you decode the zodiac cipher go on to the next page.